What Drinks Cause the Worst Hangover and How to Avoid Them 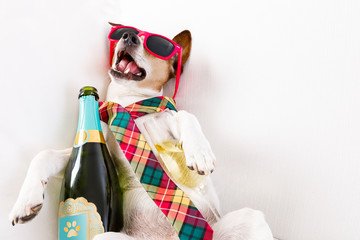 Drinking with friends can be fun, but having a hangover is not. Perhaps you’ve tried many combinations to achieve the goal of having a good time without paying for it with a banging headache and dizziness.

Maybe you have tried to drink in a particular order, taken certain foods before or after drinking, or taken certain pills at the onset of the hangover. It is possible that none of these things worked and you were left with terrible hangover symptoms.

You want to have a good time and relax with some alcohol, but you also want to know what to avoid as you have fun. The question ‘Are there drinks that cause the worst hangovers?’ has been asked numerous times.

We at Sunnyside believe you can have a good time but also know that there are things you should keep in mind to ensure that a good time doesn’t come with repercussions. Let’s find out what drinks cause the worst hangovers.

Have You Heard of Congeners?

There is no way, we will talk about alcoholic drinks and hangovers without discussing congeners.

Alcohol dehydrates the drinker, which is why people have hangovers. Since dehydration occurs in all types of alcohol, we should establish first that all alcoholic drinks can cause hangovers. There is, however, a variety in the severity of the hangovers you get.

One main reason alcohol can cause dehydration is because of its congeners. These are by-products of fermentation and are difficult for the body to break down.

While brewers aren’t able to control the number of congeners in their drinks, distillers can achieve more control. They do this by controlling the heat of the still. Congeners affect the flavor of the drink as well as its color.

Some congeners taste pleasant, while others taste foul. So the distiller finds a balance to create a unique flavor. Since distillers affect the number of congeners in distilled drinks, there is a variety in the amount, taste, and effect of drinks on hangovers. So, which drinks cause the worst hangovers?

Drinks That Cause the Worst Hangover

It has to be said that all drinks can cause a hangover, and the chances of having one increase with the amount of alcohol consumed.

While this is true, some drinks will make hangovers easier to get and also increase the chances of having severe symptoms.

You might have a tight budget and just want a light buzz irrespective of the drink. You might also be with friends who are okay with cheap alcohol.

In some cases, however, you get what you pay for. Low-end liquor usually has more congeners because of the process by which it is made. It means that there is a chance that you will have a hangover quickly and also suffer serious hangover effects later.

So, if you drink cheap liquor, don’t go overboard.

Having a tropical drink might be a way to tell yourself that you are on holiday. However, you might not want to binge on these drinks if you want a hangover-free morning.

Tropical drinks like rum punches and mai tais have multiple alcohols in them with varying levels of congeners. This will contribute to a serious hangover later.

They are sweetened drinks, and you might have a lot because of this. Some drinkers like the sour taste as it helps them tell when they have had too much to drink. Tropical drinks rarely have that feature, and the drinker might keep going. The hangover that comes the next day might indicate that you have had too many umbrella drinks.

Remember that congeners play a strong role in the intensity of hangovers a person feels. Congeners contribute to the color of dark liquor.

Getting drunk with bourbon is easy, and the aftermath can be compared to being hit by a train. Rum, whiskey, and brandy are also dark liquor offenders.

When taking alcohol, be careful, but when taking dark liquor, be extra careful.

Champaign is synonymous with celebration. It is a drink used to mark special occasions. The bubbles that spill out of your glass aren’t just a testament to fun, they are also a warning that drinking out of moderation will lead to serious headaches.

Champaign’s congeners are low, but its carbon dioxide is higher. That is what is responsible for the bubbles. Alcohol is absorbed faster by the body when the carbon dioxide level in the drink is raised.

The carbonation of Champaign is even more than most carbonated drinks.

Watch how much you drink when celebrating with Champaign, or you might feel terrible the next day.

Alcohol has effects on the body. Caffeine does too. Combining them is quite a mix and can be dangerous. Vodka Red Bulls might give you a buzz and keep you awake, but when drinking is over and the alcohol and caffeine levels begin to drop, you might have a terrible experience.

You might have shakes caused by caffeine and also have a headache caused by alcohol.

So, if you really need to have caffeinated alcohol, drink far less than you would with other types of alcohol.

How to Avoid Hangovers

There are no quick hangover cures. The easiest way to totally avoid them is to drink moderately. The likelihood of getting a hangover can also be influenced by how much alcohol you consume.

Drinks like Champaign, brandy, bourbon, rum shots, and vodka Red Bulls should be taken in lower quantities than others if you don’t want a banging headache the next day.

You might enjoy taking these drinks, but you need to know when to put on the brakes. This is where you need Sunnyside. With our binge-drinking app, we can help you figure out when you are drinking too much. We will also motivate you to achieve your drinking goals.