What is Obsessive Compulsive Disorder (OCD) 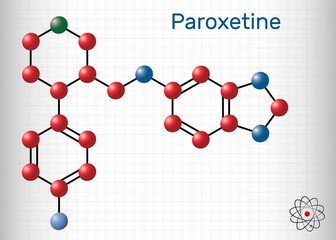 Obsessive-compulsive disorder (OCD) is a mental illness estimated to affect 2-3% of the population. Until recently, it was classified within the group of anxiety disorders, but in the latest Diagnostic and Statistical Manual of Mental Disorders, DSM 5, it has been separated and now forms an independent entity called obsessive-compulsive spectrum disorder. Obsessive is found with closely related diseases, such as dysmorphophobia and hypochondria.

This disorder is characterised by:

Obsessions: are recurrent and persistent ideas, thoughts, images, or impulses that are not experienced as voluntarily produced but as intrusive, invade consciousness, and are experienced as disgusting or meaningless.

Compulsions are repetitive and final behaviours carried out according to specific rules in a stereotyped way. For example, the act is performed with a subjective sense of compulsion (compulsion to do so), coupled with a desire to resist the compulsion, at least initially.

The causes of OCD are unknown, although it is known that it does not arise as a response to a supposed intrapsychic conflict or a repressed sexual conflict, as old psychoanalytic theories said. The efficacy of serotonin reuptake inhibitor antidepressants in treating OCD suggests that the origin may be due to an alteration in serotonin. This neurotransmitter is thought to help regulate mood, aggression, and impulsivity.

It is becoming increasingly clear that this disorder has a genetic component. José Manuel Menchón, head of the psychiatry research group at the Center for Biomedical Research in Mental Health Network (Cibersam) and president of the Spanish Foundation for Psychiatry and Mental Health, points out that with the currently available data one could say ” that in 20% of patients there could be a genetic factor “. Still, he adds, “no single gene has been found to explain it.”

María del Pino Alonso Ortega, from the Obsessive Disorder Unit of the Hospital de Bellvitge, in Barcelona, ​​and a member of the Spanish Society of Psychiatry, explains that obsessions can be classified into four themes:

Spread of diseases or contact with dirt. It is the fear of contracting an illness and sometimes simply feeling dirty.

Fear of making a mistake and that something negative will result. It translates into doubts and the need for verification.

Need for order or symmetry.

Questions of sexual or religious content and often also of an aggressive nature. It can be fear of cursing, insulting, or sexually assaulting someone.

The most common obsessions and compulsions in people with OCD include:

It is tough to prevent a disorder whose causes are not known. However, what can be done is encourage early diagnosis. Psychiatrists insist on treating this pathology as soon as possible because it has been proven to improve the prognosis significantly.

OCD is more common than was believed years ago. It begins between 7 and 10 years of age and has a prevalence of 0.3 and 1.9 per cent in children and adolescents. Some 33 per cent of adults with OCD say their symptoms started in childhood. Often the child is ashamed of his compulsions because they are not logical, but he cannot help them for fear that something much worse will happen. Sometimes the symptoms significantly affect the child at school. Other times they are only present at home, and the parents may believe that the child is doing them to annoy them.

There is another peak in the onset of the disease in adulthood, around 18-25 years of age. “It is rare for an OCD to start after the age of 30; a study must be done because sometimes there are neurological diseases, such as tumours, that can present with these symptoms,” explains the psychiatrist María del Pino Alonso.

The diagnosis of this disorder is fundamentally based on an exhaustive interview and particular specific questionnaires. However, mental health professionals may indicate other types of tests to make a good differential diagnosis.

The treatment of the obsessive disorder is based on two types of therapy: pharmacological and psychological. The psychiatrist will determine in which cases only one, or both should be used.

The first treatment approved for use in OCD was the tricyclic antidepressant clomipramine. The second-generation antidepressants used today are selective serotonin reuptake inhibitors (SSRIs): fluoxetine, fluvoxamine, paroxetine, sertraline, citalopram, and escitalopram. Extensive studies have shown that these inhibitors benefit, at least slightly, nearly 80 per cent of patients. And in more than half of the cases, medication relieves OCD symptoms by decreasing the frequency and intensity of obsessions and compulsions. However, improvement is usually not achieved until two or more weeks of treatment.

Cognitive-behavioural psychotherapy that is effective in patients with OCD is called Exposure and Response Prevention (ERP) therapy. This method is especially effective in people who present behavioural rituals. In it, the patient deliberately or voluntarily confronts the feared object or idea, either directly or in imagination. At the same time, he is encouraged to avoid his rituals with support and means provided by the therapist and possibly by others the patient recruits to assist him. Studies and daily practice show that EPR is a very successful therapy for most patients who complete it, and the positive effects last after treatment is finished.

It is essential, according to the representative of the Spanish Society of Psychiatry, “to try not to trivialize the disease, since not everyone has OCD and those who do suffer from it suffer a lot “. However, she also believes it is necessary to “transmit a message of optimism, in the sense that it is a disease that can be had in mild or moderate forms, lead a normal life and, above all, seek treatment.”

The treatments are very effective: “With behavioural therapy, symptoms are reduced by more than 70% and with drugs between 50% and 60%”.